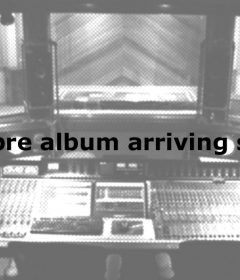 Someone To Rely On Timbre

What A Waste Timbre

Timbre is a raggedy Perth based 3- piece band featuring Mathew Hanna on guitar/vocals, his brother Michael Hanna on bass/vocals, and their cousin Wayne Petridis on drums.

The Timbre flan is a bake, made from a broad base of ingredients; which lovingly over time has been proved, kneaded, folded and rolled; and which, after 45 minutes on high, has risen into a crispy brown "melodic mash" of wonky original sounding alternative suburban Australian rock...                                ...err sumthin'

Timbre is the characteristic or quality of sound produced by a particular instrument or voice; tone color; as distinct from its pitch and intensity..

stay on the timbre trail..

END_OF_DOCUMENT_TOKEN_TO_BE_REPLACED

After many years deliberating our ability to be online, we have finally taken the plunge and listed ourselves on the information super highway. We are…

Drop us a line

Processing...
You must fill all fields
You must enter correct email
We have error while sending your message
Your message has been sent